The first DLC pack and Title Update for Gears of War: Judgment is dropping a few days early. Tomorrow, (Friday, March 29) in fact!
The pack includes a new multiplayer map called Haven and the fan-favorite mode Execution.
We have created special playlists for Haven and Execution which will feature 2 XP for a limited time. VIP pass holders will receive 3 XP within that playlist for a limited time.
IMPORTANT: You must download the DLC pack directly from the Xbox 360 dashboard or add it to your download queue via Xbox.com. The dialogue box prompting you to download the pack in-game is not functioning properly and will be fixed as soon as possible.

Various dedicated server improvements.
Players no longer get stuck in the main menu background after playing three random matches.
Locusts no longer spawn at the second E-Hole on the first wave of Island.
Players will no longer get stuck inside of a Boom Shield that has been planted by an enemy player.
Players will no longer able to look down the scope with a Markza while holding a Meat Shield.
If a Locust destroys an objective at the same time the timer runs out in OverRun using Mercy rules, the match will not end early.
Fix for exclamation points not disappearing after viewing an unlocked character.
While holding a Meat Shield you will only need to tap B to melee.
The Meat Shield will now drop if you switch to the snub.
The “Spray and Pray” ribbon can now be earned in the first round.
If the Boom Shield is disabled in weapon swap you will no longer see the icon in Tac-Com.
You will now earn the Team Savior ribbon for reviving three individual teammates in a single life.
Players can no longer chainsaw another player while holding the Boom Shield.
Improvements to the Hammer of Dawn targeting.
You will now see XP tallies between matches. 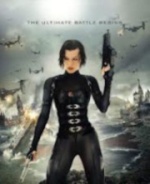